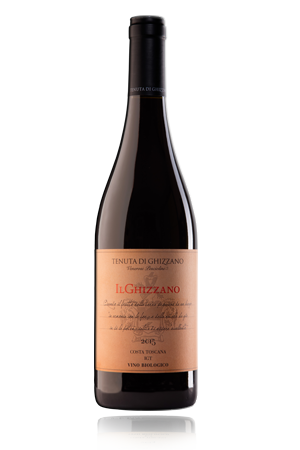 Ghizzano located in western side of Toscana and the eastern part of Pisa, belongs to the parish zone Volterra, also next to Lucca parish zone, it is the little town that situated between two ancient parish zones’ border, of which people of Pisa and Fiorentina fought for since the olden days.

From year 1100 to 1200, Ghizzano followed with Volterra parish zone, was blessed with the management by Count Pannocchieschi, but at the same time stayed in between the fight of imperial support from Pisa and parish support from Firenze, which end up until year 1364 the signing of peace treaty. Then not long after, in year 1370, the Countess of Veerosl Pesciolini family took over Ghizzano, they moved into the castle at the highest point of the city (this castle today is still there, which was the palace of Venerosi family). Following the next few centuries, family had spent their great effort on agriculture development and also established Tenuta di Ghizzano winery, that leading the Ghizzano people engaged in the agriculture activities till now.

Family’s members consisted not only the warriors that defend the country, but also consisted merchants and assistants, For centuries they have carried on with the Latin motto “Auxilium Dei”, means “Help of God”, especially to the year of about 1500, because of the discovery of new routings and communication with Eastern Mainland, family had achieved great success in east and west exchange trading under the leadership of “Michel”il pesciolino”, while during the competition between strong countries, to maintain the land ownership and to ensure the livelihood of farmers as well , at the time cultivation of grapes, olives and grains became matured in Ghizzano, that brings up fine wine few centuries later of today.

This wine that produced in the specific winery zone, is named under its place and winery with “II Ghizzano”, it mainly make with classic “Sangiovese” grapes from big zone “Toscana”, added with grapes “Merlot” that planted in “Santa Maria” & “Monte” these two pieces of vineyards. With appropriate proportion of “Merlot” can add with attractive fragrance but not snatching away the characteristic of “Sangioves” , ir brings us a fresh, with fruity smell & drinking friendly wine that full with “Sangiovese sweet taste, This is how winery introduces itself to worldwide bars, shops and restaurants as entry level wine.